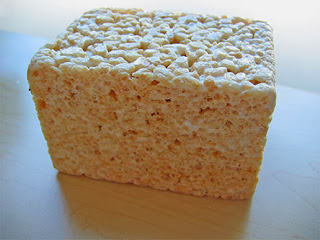 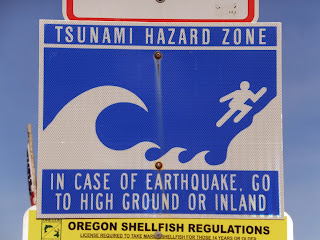 A local tsunami is a far more dangerous but even less common phenomenon, and the warning sign is unmistakable: it is preceded by a huge earthquake. An underwater fault line (called the Cascadia Subduction Zone) runs just off the Pacific Northwest coast from Vancouver Island south to Cape Mendocino, California (south of Eureka), and every few hundred years it generates a very large earthquake that, in turn, triggers a tsunami that strikes the coast in 15 to 30 minutes (quicker on the southern Oregon coast). If you happen to be on the beach when a large earthquake strikes (it will be unmistakable: four to five minutes of severe shaking), as soon as you are able to walk, run to the highest ground you can reach. The last big Cascadia quake occurred in January 1700; the next one could be any day now—or not for hundreds of years.
I didn’t know much about tsunamis and tsunami risk when I hiked the OCT in 2008 and 2009; I’ve since learned a great deal (my book on the topic, The NextTsunami: Living on a Restless Coast, is due out from Oregon State University Press in spring 2014). I will say that, knowing what I know now, I would still without hesitation hike the OCT, but I might make a point of not camping at the end of a sand spit. I’m willing to risk the very small chance of being on the beach when the Big One hits, but I would prefer to not have to start running in the dark at the end of a 4- to 5-mile-long spit.
Posted by Bonnie Henderson at 7:46 PM