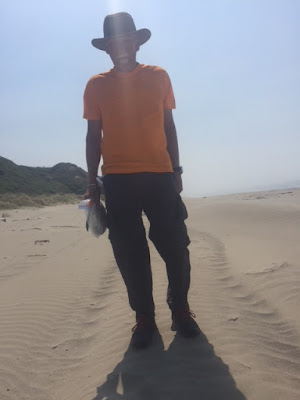 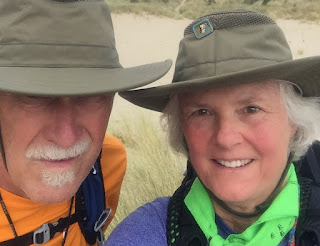 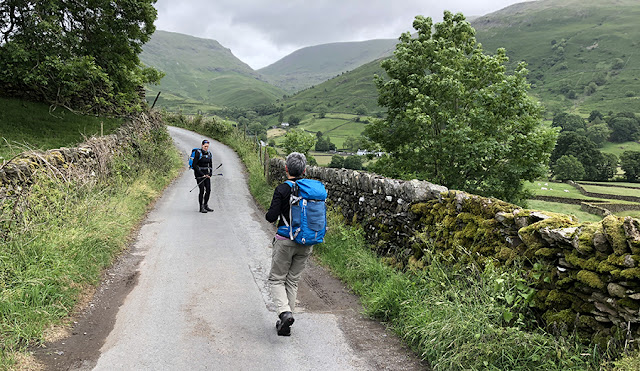 I recently returned from hiking the Coast to Coast Trail across northern England—the one that cuts through the Lake District, the Yorkshire Dales, and the North York Moors in a not-very-straight route of nearly 200 miles from the Irish Sea to the North Sea. It was it was challenging (we chose to do it in 13 days of walking from 7.5 miles to 24.5 miles per day; you can take more time and hike shorter days), occasionally it was miserable, and often it was heavenly. If you’d like details, I kept a trail log on Instagram, starting with the photo of three pairs of boots in the Irish Sea.

Of course I thought a great deal about the Oregon Coast Trail on those long days of nothing but walking, comparing this trip to my solo backpack down the Oregon Coast Trail. Each trail is truly epic in its own way, and each has distinct challenges and rewards. On both trails the scenery is spectacular, though I know some people get tired of the sameness of the moors mile after mile, just as the 40 miles of uninterrupted beach walking along the Oregon Dunes can get monotonous.

Here’s what struck me the most, comparing my experiences of thru-hiking the C2C and the OCT:

It’s fair to say that wayfinding, weather, and trail condition are worse on the Coast to Coast than the Oregon Coast Trail. The Lake District is notorious for rain, and while you can hit bad weather on the OCT, it tends to be good hiking weather during the hiking season (April-September). The C2C requires constant wayfinding (we used two maps and GPS and still had issues a few times), while it is virtually impossible to get lost on the OCT. And while the trails can be rocky (and rooty) on the OCT, they’re nothing like the steep, slick rock gullies that count as trails on parts of the C2C. On the other hand, the OCT requires constant attention to tides (to get around headlands, to cross small rivers and creeks) and planning for crossing certain major bay mouths by boat. 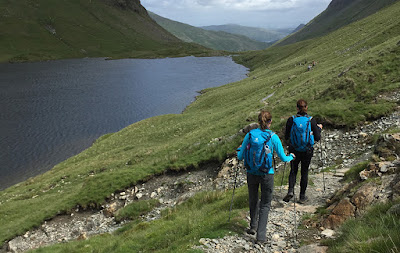 Costs for backpackers the OCT and C2C are about equivalent; inn-to-inn walking is more expensive on the OCT. Backpackers might sneak in some wild camping on either trail, but generally they’ll be staying at developed campsites for a (mostly small) fee. Lodging is reasonably priced on the Coast to Coast; it crosses remote rural England, and other than the touristy Lake District, much of the route transits areas where the C2C has been an economic boon. In contrast, the Oregon Coast is already a very popular tourist area, and the hiking season (determined by weather and river levels) is high season. It’s not as expensive as the California coast, however, and you can save money by looking for modest lodging without an ocean view or hiking in spring or fall. If you want to save money. 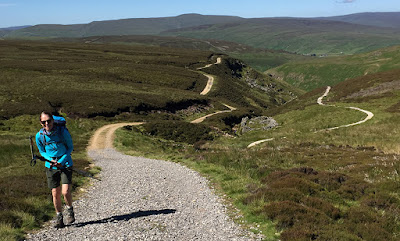 The highway shoulder walking on the Oregon Coast Trail is a bummer. Though we did have to dash across a four-lane motorway, nearly all the road walking on the Coast to Coast (and there was plenty, as on nearly all long-distance walks) was on quiet lanes or on gravel roads that are no longer open to vehicles (like the one above). The least palatable parts of the Oregon Coast Trail are several long stretches of walking on the shoulder of US Highway 101. The short stretches, such as are required to cross major rivers on convenient bridges, aren’t a big deal, but walking 5 miles (or more) along the highway is a non-starter for many people. (You can always either call a cab or catch a bus if you prefer.) Fortunately Oregon State Parks has begun work on a robust master plan for the OCT seeking doable alternatives for those road stretches; more on that in a blog post this fall.

Sophisticated infrastructure has evolved to serve Coast to Coast hikers, far beyond what’s currently available on the Oregon Coast Trail. Campsites and inns are located all along the C2C (though long days of walking are sometimes required). We even managed to score scones and tea mid-hike several days (twice in one day). My C2C guidebook lists 19 outfitters offering lodging reservations and luggage transfer for do-it-yourself “self-guided” adventurers like us, as well as eight outfitters offering guided treks. There are currently no commercial outfitters (that I am aware of) offering reservation service, luggage transfer, or guided treks on the Oregon Coast Trail. The OCT does have wonderful inexpensive hiker-biker campsites well spaced along much of the route, but there are still some gaps, especially at the far northern and southern ends of the route. Same with lodging: tons of lodging options most places, but a few gaps, especially south of Port Orford on the south coast. 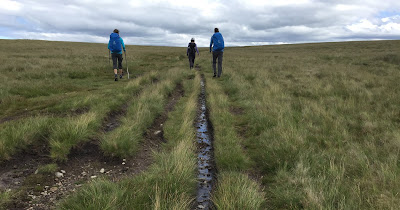 As I mentioned, Oregon State Parks and its partner agencies are working to improve the OCT; I suspect within a decade all the big “gaps” (i.e. highway portions) will be replaced with off-road trail. But coastal businesses could be helping too. A few additional lodging options in key places, some private campgrounds offering hiker-biker campsites (like Wright’s for Camping in Cannon Beach), luggage transfer and reservation services could be making OCT hikes more doable right now, especially for long-distance hikers from out of state and out of the country, whom I believe already constitute the majority of OCT thru-hikers (just as on the C2C; we met almost no British hikers but lots of Australians).

Despite its shortcomings, the OCT is hikeable right now, if you’re willing to do some planning and be a little flexible.

NOTE: I’m thinking about offering a logistics service (lodging reservations, luggage transfer, and boat shuttle where needed) for a roughly two-week stretch of the OCT in June 2019, from the Columbia River to Newport. Still need to do some legwork to see if it can work. If you may be interested (in those dates, or others, in 2019), contact me. 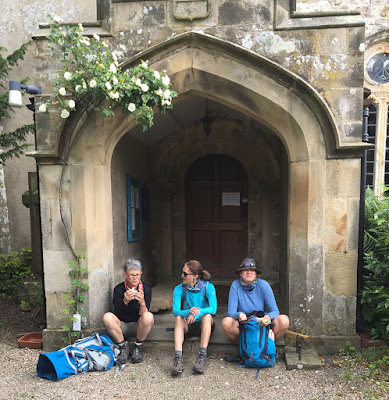