Last September I got an e-mail from a James Viscardi who was planning to hike the OCT inn-to-inn beginning Oct. 8 with his friend Griff Owen. He wondered what I thought about his timing. As I told him, October is iffy: on the Oregon Coast it's a transitional month and can be hot and beautiful, but can just as easily be stormy--the ramp-up to winter.

I'll let James tell you how it went: 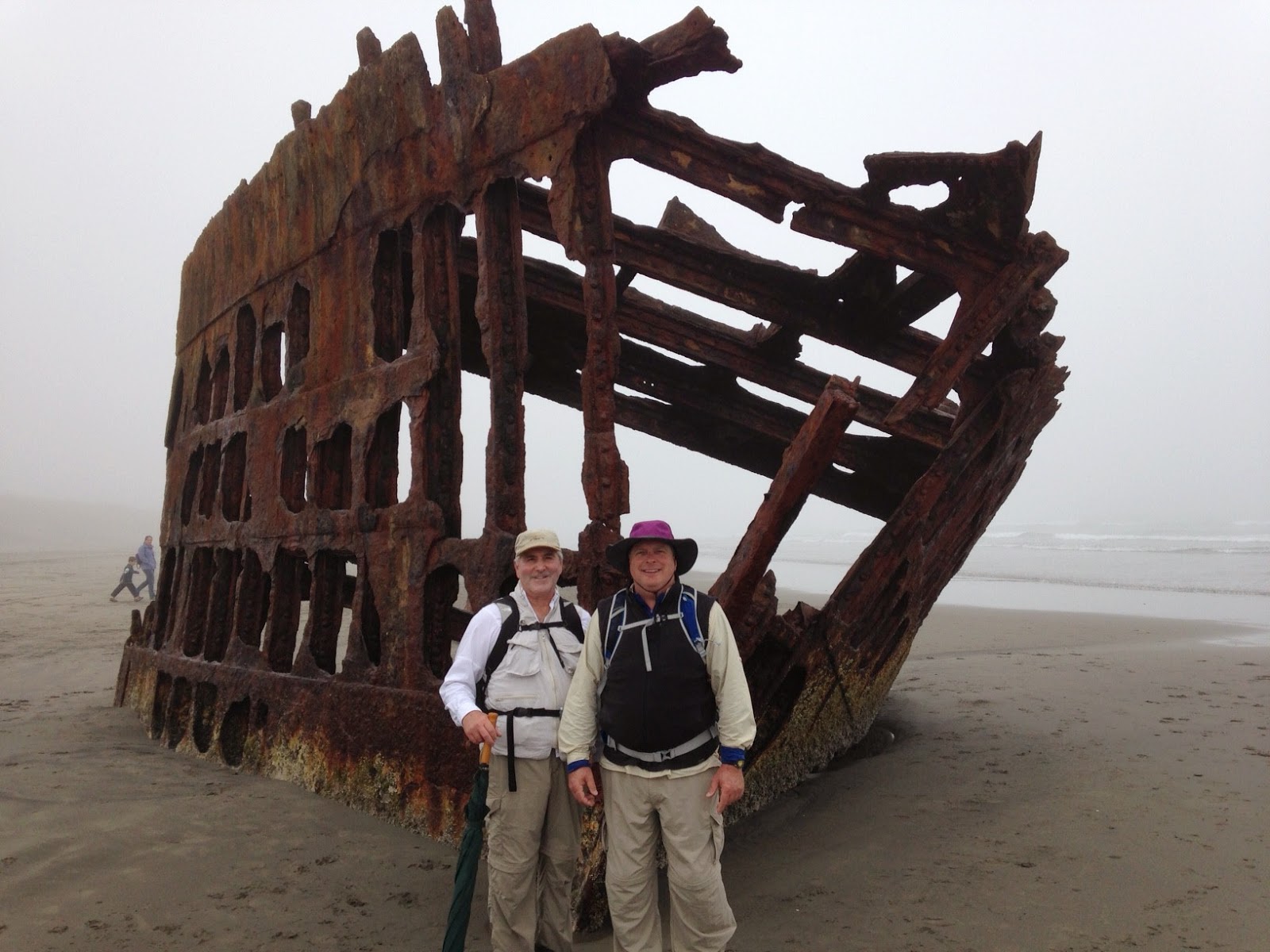 "We finished, but the weather was horrible. We walked into the wind the whole way, had 20 of 26 hiking days in the rain, and hiked through that bad storm that swept up from Mexico and destroyed property. As I recall the gusts were up to 60 mph. We had about four days of 20-30 mile winds leading up to the day in hell. The rain swelled those streams and rivers that were otherwise easily fordable. The Sixes River carved out a 4’-5’ deep channel, complete with seals. The inland hikes were slick and a couple of streams needed to be forded because of washed out bridges. The hike up Cape Lookout was an exercise in dead reckoning with about half of the trail washed out. We had three rest days planned but needed two of them to stay on schedule so we only rested in Pacific City. But all in all, it was good fun and a good exercise in problem solving." (Photo: at the wreck of the Peter Iredale, Day 1.)

So a couple of lessons here: 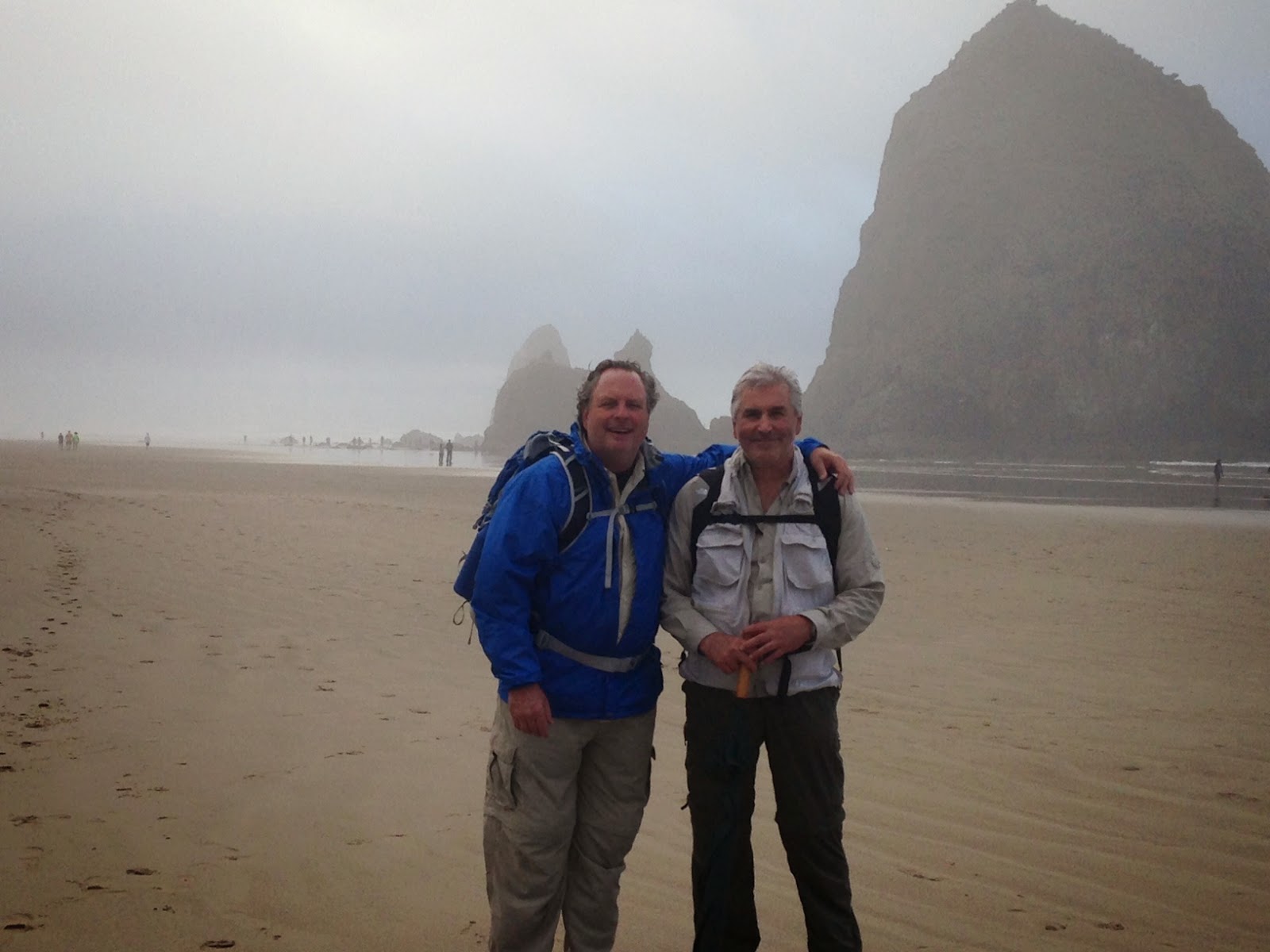 Al LePage of the National Coast Trail Association considers the OCT hiking season to be May 15 to Sept. 15. I would actually suggest not starting before mid-June; by then the rivers are typically at or close to summer-fall levels, which is as important a consideration as the weather itself. September can be good all month, but you're starting to tempt fate the later you go. James didn't realize (and I didn't mention it) that the prevailing north winds of summer end in the fall; in winter, the storm winds tend to blow from the south-southwest, right into your face if you're southbound.

But they finished and are glad they did it, or so it seems. Let me also mention that James (at right) is 67 and Griff 53.

Posted by Bonnie Henderson at 10:03 PM